Hard to believe that I've been gone so long...don't really know why and can't say I didn't have the time...I just never set aside the time.

I'll catch you up on the kids later but, believe me, they are growing like weeds!
I've been in a cooking funk because husband would rather eat out...when I do cook...well...
Today I cooked my first Dutch baby. Have no idea where the name came from...haven't tried looking it up.
This is what it looks like straight out of the oven...can't really see it, but the middle is puffed up...that settles flat. 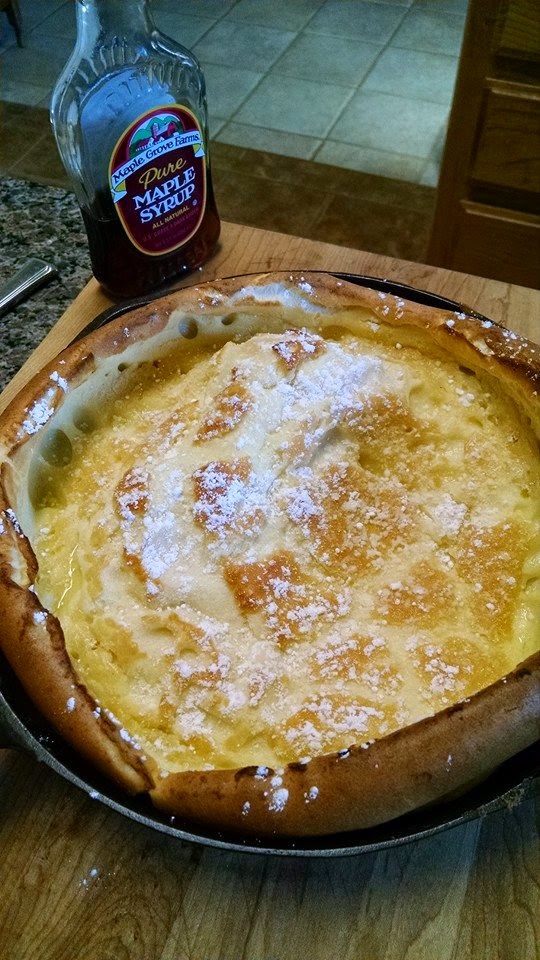 Dutch Baby
3 tablespoons butter
4 eggs
1 cup milk
1 cup all purpose flour
Oven 425 degrees.
Put butter in a 10" cast iron skillet. Put in oven.
In blender, blend eggs on high for one minute. Slowing blend in milk then flour blending 30 seconds.
Pour into hot skillet.
Put in oven for about 20 minutes.
I dusted with powdered sugar then drizzled my slice with maple syrup.
OH MY!!! This was like eating custard. Soooo gooood.
Husband didn't get up and out of bedroom until after 9 at which point he wasn't sure if eating a Dutch baby sounded good at all. LOL
Since he normally doesn't eat breakfast, I didn't worry about lunch at noon. When I did get up, I got out my #8 Griswold Dutch oven that I paid a whopping $18 for at a thrift shop in Delta Colorado while on vacation a couple of years ago.
First you start with a roux.
Husband walked into the kitchen, looked in the pot then at his boots and pronounced that the roux was almost ready since it was almost the color of his boots. 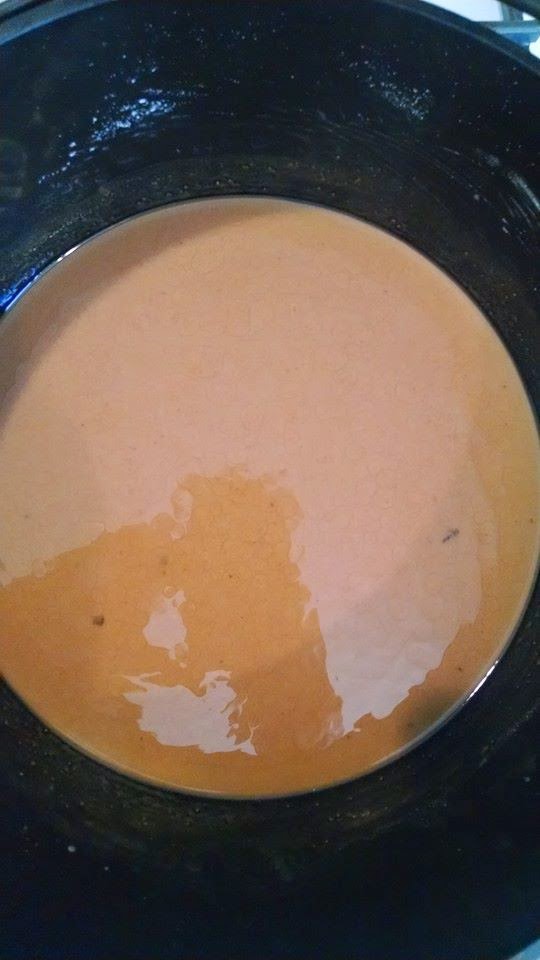 He was so excited that he even chopped the vegetables. This is an unusual occurrence which happens only a couple of times a year. The last time I asked for help...this time he volunteered. I definitely thanked him! 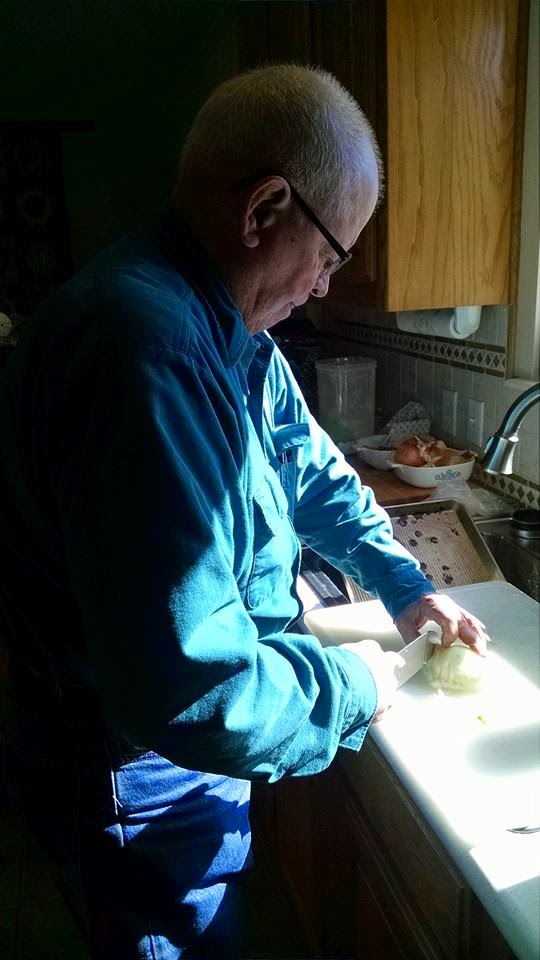 Look quick before the lid (Griswold - matched the Dutch oven and cost considerably more than $18!!) goes on. 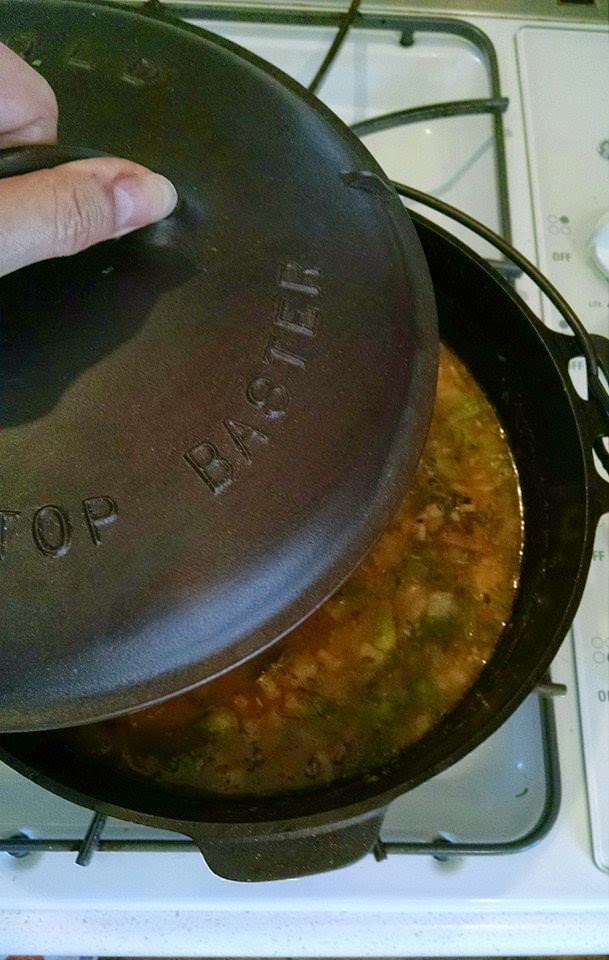 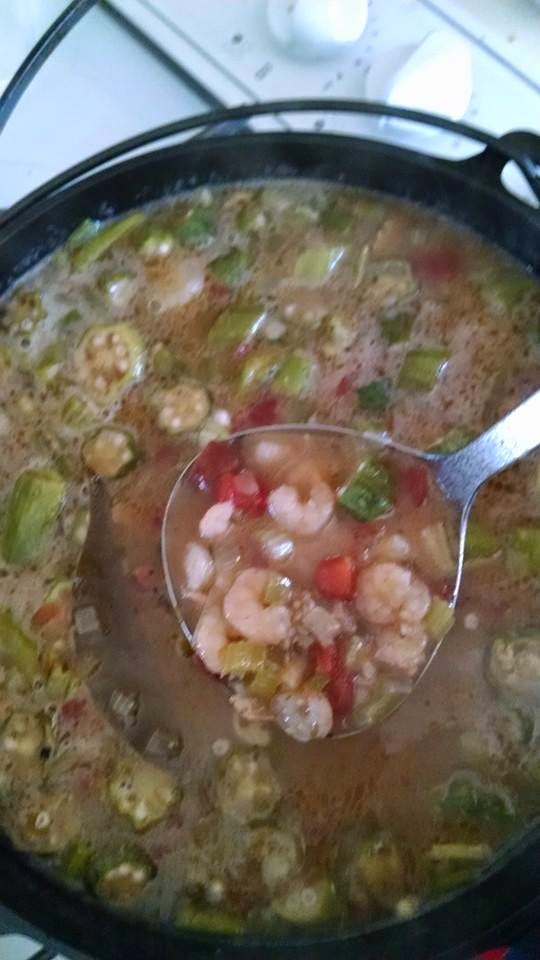 A bit of rice in the bottom of the bowl...a sprinkling of Gumbo filet on top to help thicken. 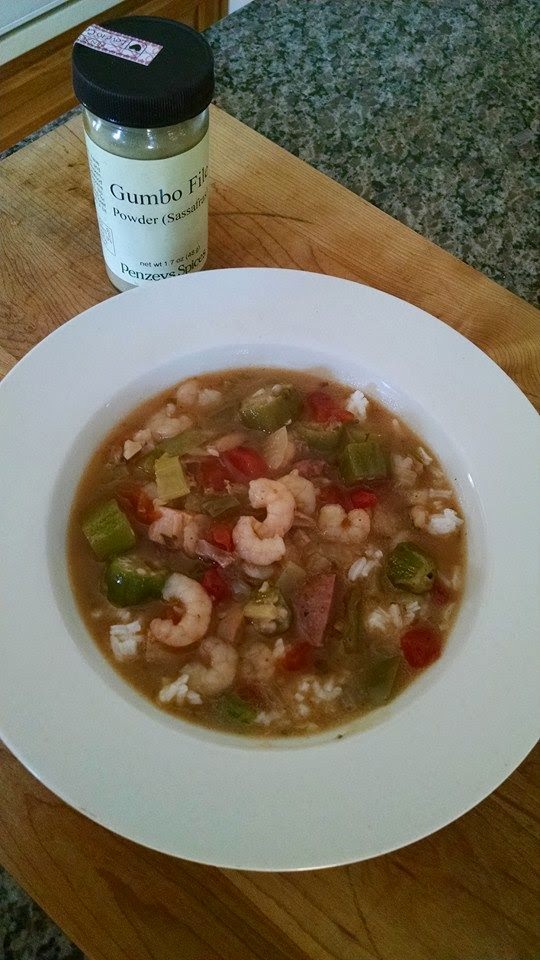