Finally! Sam severely pruned (as in cut ALL the limbs off!!) our two pears trees a few years back. After a few years of no pears...then one or two pears. WE GOT PEARS! TEXAS SIZE PEARS! 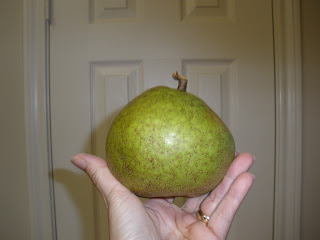 And some little ones too. 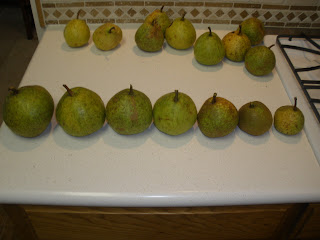 These are not the mellow eating pears but are 'hard' pears. They make the best pear preserves ever. But, yes we do eat them. They are so crunchy, sweet, juicy, absolutely delicious! We got not only pears today but a bit of rain. Just a bit. Hmmm...this photos barely shows it, 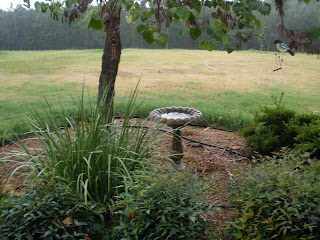 but here's where it splattered on the porch. 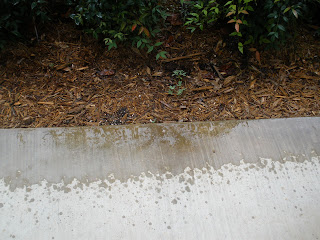 I stole...er, I mean...borrowed this photo off Facebook. This was the second place I worked. 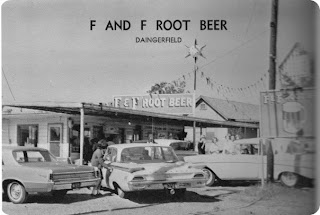 If I've posted it before...sorry. The first place was Pic-A-Rib. Dang! How'd you guess a barbeque place? You must all be psychics. ;o) The owners of Pic-A-Rib next started running F & F Root Beer. We kept thick glass mugs in the freezer and filled them with fountain root beer. Root beer ice would form inside the mug. It was soooo good.

I started working for the Fletchers when I was 14 and worked up through most of my senior year. By that time they had moved on and some self-important big shot came to town and purchased the business. After a few months of work, constantly listening to his illusions of grandeur, he split leaving us with two weeks worth of bounced payroll checks. His sister or cousin or whatever she was came in to run the place, but not with most of the staff he had shafted.
at 9:24 PM No comments:

...But... For a very long time I felt that I had been fat ALL MY LIFE! Granted. I was a little dumpling at 9 months. 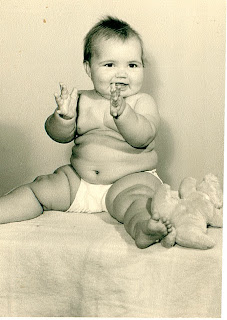 Awww...look at those fat legs. (Brother BJ isn't all that little either is he?!)
...round face and chubby cheeks... 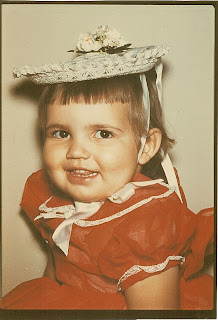 First grade photo with face not quite as round and those pretty Cherokee cheeks... (Don't look at the bangs - Mama said she cut them short so she didn't have to cut them as often - sheesh!)
WHAT?! My least favorite school photo. The 3rd grade with my hair pulled back in a ponytail and my head looking like a skinned onion. 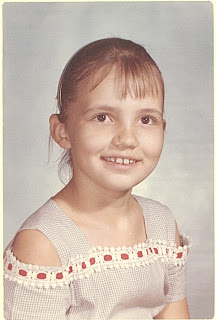 One day, looking back at old photos...I realized...I WAS NOT FAT all my life. Not in those few school photos...not in 1966 at Garden of the Gods in Colorado.

Yes...my high school graduation in 1971 - and I was larger in 1970! I suppose it was during my high school weight battle that Daddy started calling me Crisco. 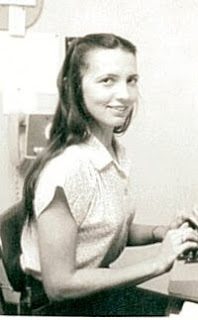 This was just a few months after Jonathan was born.
Then almost too skinny here.
1996 after Ron died...not bad...
Now...well...seven pounds and some odd ounces ago back in April.

What brought on this reminiscing about weight? I just finished reading Jennifer Weiner's Good in Bed. 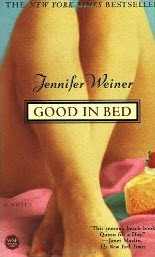 No. No raunchy sex scenes.

Not much mirrored my life.

Then, on page 364 in the next to the last chapter, I started to cry. The main character's dad was cruel and mean. He actually poked his daughter with a tennis racket and told her that she was fat. "Men don't like fat women." My dad never did that, but he did call me Crisco. Is that the same thing?

His term of endearment for me...Crisco? A term that instills confidence in one's self??? I must've missed its intention.

Weiner's character writes a magazine article and states: "There were a thousand words that could have described me--smart, funny, kind, generous. But the word I picked--the word that I believed the world had picked for me--was fat." That's when I cried.

Then she writes: "The truth is this--I'm all right the way I am. I was all right all along."

I'm still on the exercise/diet program. For my health, I need to shed about 30 pounds. For me. No one else. Because...I am all right the way I am!

...if there's no stop sign? Sigh. Poor old lady. I was at my stop sign. She stopped and waited for me to cross. Riiiighhht. And if she accidently stomped on her accelerator and plowed into me...guess whose fault that would've been?! I waved her on and she turned left...the exact same direction I was headed by going straight. She stopped at every intersection. Never mind that she had the right-of-way and no stop signs. THEN! At the post office, a vehicle was backing out inch by inch. She swung out in the oncoming lane and stomped on her accelerator. The guy driving the other car did stop...but it seemed to have scared the pee-waddle outta him. He pulled back in until I got passed him...only for me to see her stop at the non-existent stop sign at that intersection. I slowly drove along while I watched to see if she actually stopped at the sign on the street she turned on. LOL She did...but I really did not expect her too. Poor darling.
Speaking of poor darlin's. A government agency rents an office from the Chamber. As you can imagine, due to privacy laws, her door remains closed 98% of the day. She asked me to come listen to a voice message...she could not understand it. I realized that the lady was crying. Every so often I could grasp a phrase. The poor lady is burning up. She can't even sleep at night. She didn't know how much more she could take. Our overnight temps are hovering near 80 now. Yesterday it was 104.4 at my house at 6 p.m. Poor darlin'. She's already been in and given her information and the paper work has been submitted...but 'it' just doesn't happen overnight. And around here, there's just really no place to go hibernate for a few hours while it's so hot. No mall to sit in. No matinee at the movie theatre. Made me want to invite her to my home. I suggested that she call her boss and play the message for her/him.
Jonathan got home just fine...without incident. Well...he had one incident. Between Diboll and Shepherd on Hwy 59 he passed a pickup and noticed a BMW motorcycle in the bed. He'd no sooner pulled back in his lane that the pickup sped up and pulled along side him. He looked over and the guy was saying something and motioning for Jonathan to pull over. Jonathan thought that they were going to talk about BMWs. Well. They did. The guy had burned the motor up in his bike, and it was old enough that he was taking it to sell for salvage. He noticed Jonathan's milk crate zip tied to his luggage rack with his backpack and stuff in it and a small cargo net stretched over the top. The guy said that he wouldn't get any more for his bike with or without the 'trunk.' They cut the zip ties off the milk crate and cut or took the bolts off the trunk mount. Placed the trunk on the luggage rack. Filled it with the stuff Jonathan had in the milk crate and set the milk crate on top of the trunk. Then they took the cargo net and stretched it over all to secure it. Jonathan was given a trunk with the keys. The BMW trunks run $480 - $920 depending on size. Jonathan's new trunk is an in-between size. He is tickled pink. Oh wait...he's a guy and probably doesn't get tickled pink. He is very, very happy.
I haven't posted a photo in like...forever! Here's one I copied that the local museum had. 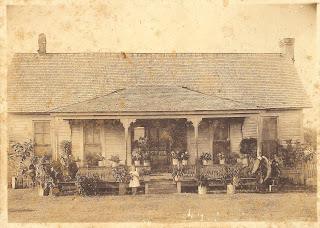 The lady said that they were told that the lady of the house kept flowers out all the time. This is one of those grand homes that no longer exists. This town has lost way too many old homes because of neglect.
at 1:37 PM No comments:

Had a great weekend! Jonathan rode up on his motorcycle, a BMW, and spent the weekend with us. He didn't have to go to work until tonight so left this morning. But he did stop by the office so that I could see him one more time. I gave him a neck cooler made with those water absorbing polymer crystals. A short while back he called and had stopped for fuel for the bike and himself. He said that he got the best gas mileage ever...46 mpg! And that it was so hot that he really couldn't tell if the neck cooler made him feel any cooler and it kinda got in his way when he turned his head. I told him to loosen it a bit.
He rides with a padded jacket. But it is denim and even though it has air vents, I bet it gets hot! I know that I purchased a mesh jacket (with padding - they call it soft body armor) for summer riding...which I haven't done any this summer. Shoot. I haven't been on a bike since June a year ago!
I received a cute e-mail this morning. I changed part of it to suit me...
Where I work, I can name my own salary. I named it, Sean.

;o)
Oh...slowly...and slower even more. I've lost about seven pounds. July 28 was my first full month. So I wrote a check for another month. I skipped the gym Saturday to wash linens for Jonathan's bed (we had company the week before and I hadn't laundered the sheets) and to do my weekly wash so that I could spend my time visiting with my son when he got here. Then I also skipped exercising after work yesterday because he was still here. Today though...I'll be going to the gym..
at 12:30 PM 1 comment: